In KK we stayed in two different hotels. The first was Gaya Central.

This is near the waterfront, and not too far from Jesselton Terminal. RM157 for a night. The room has a shower, but no bath, and a safe. The staff were friendly, if not all that knowledgeable. Breakfast was OK. Here are a few photos.

the view from the window 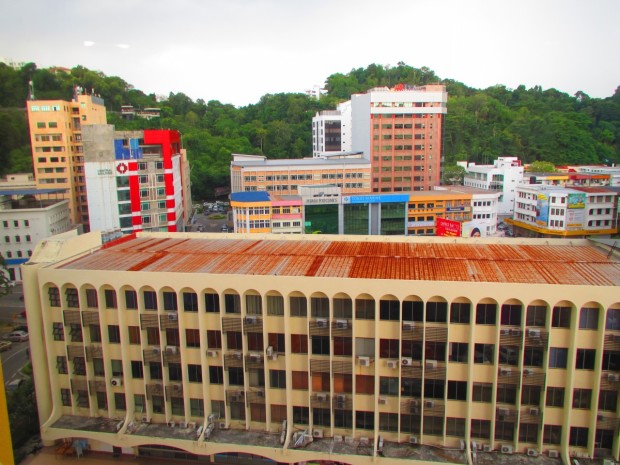 the view from the window

Below is Signal Hill lookout, where a went for a walk as depicted in a previous blog in this series on Sabah.

Signal Hill lookout – you can just see this in the previous photo, on the left.

Following are some photos of the waterfront, starting at the east and moving west. 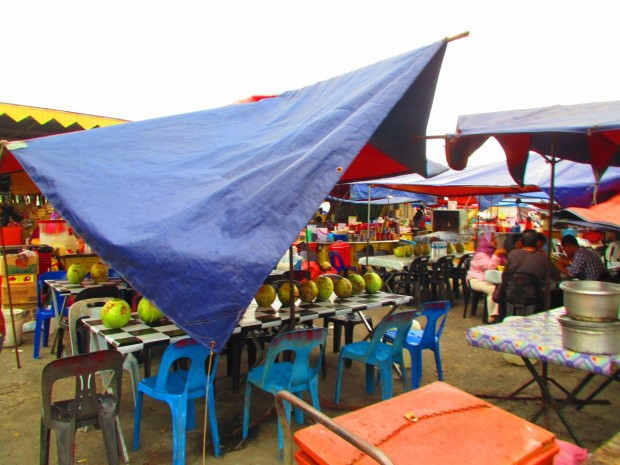 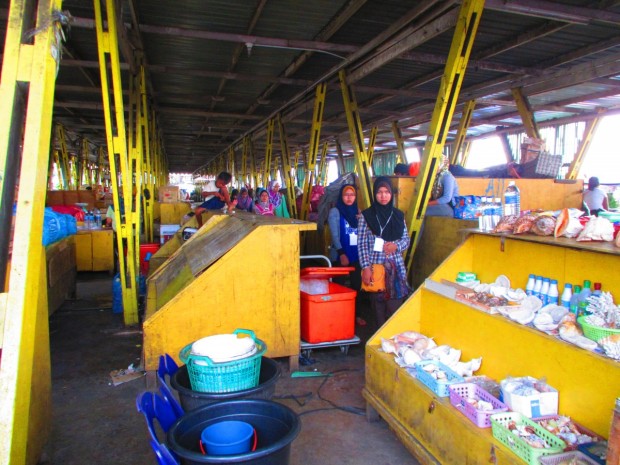 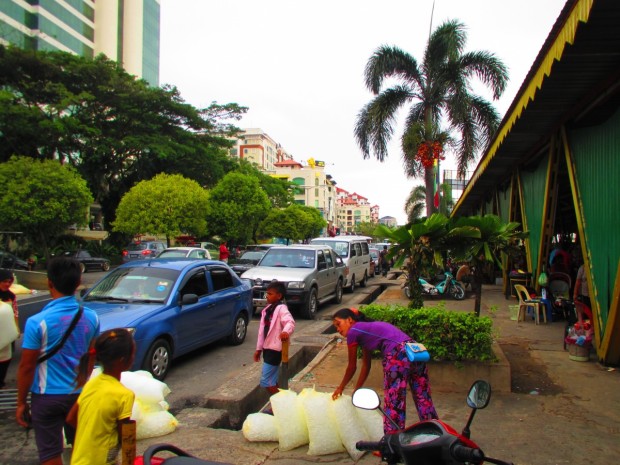 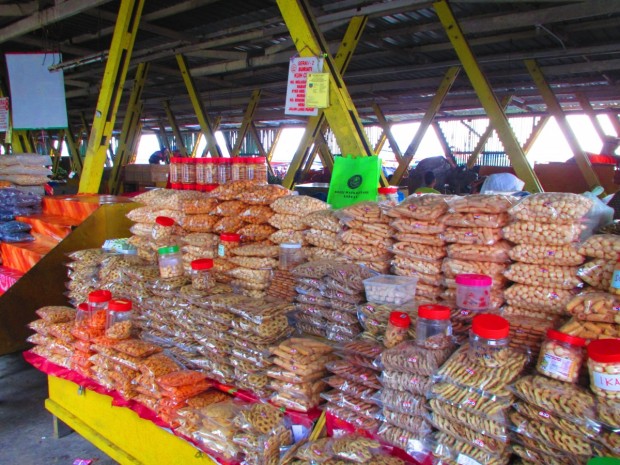 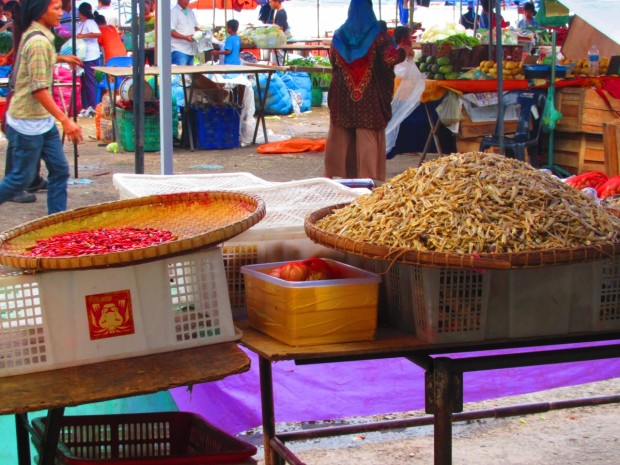 And then a little further along is the tousit waterfront area, as depicted in another blog in this series. Opposite this is the second hotel we stayed at in KK. 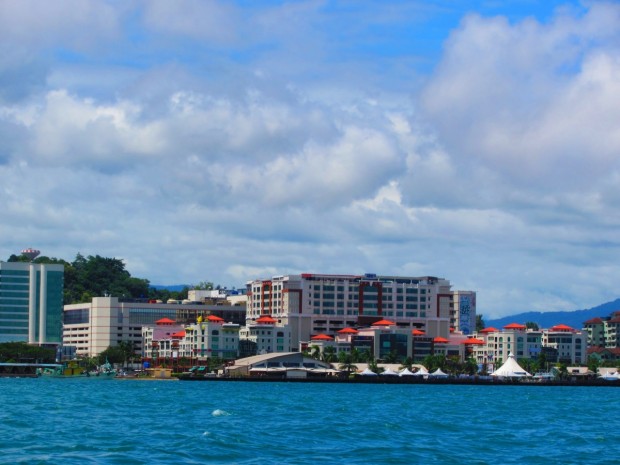 This is the Klagan hotel. Again, it is near the waterfront.We were given an upgrade – delux with bath & separate shower. The price was RM225 per night. The staff were helpful and friendly, there was a safe, iron, ironing board, hairdryer, and amenities in the room. And breakfast was good. 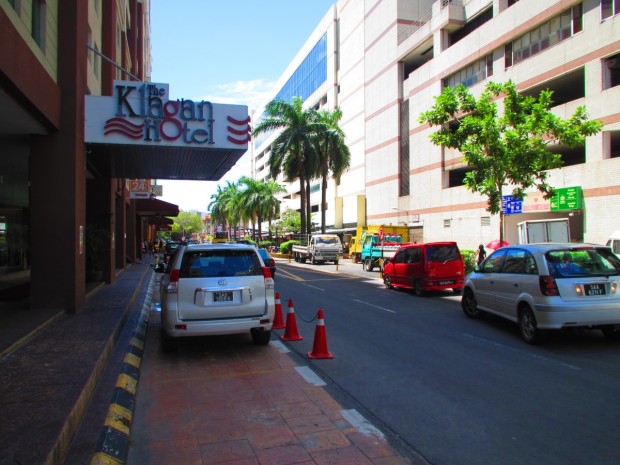 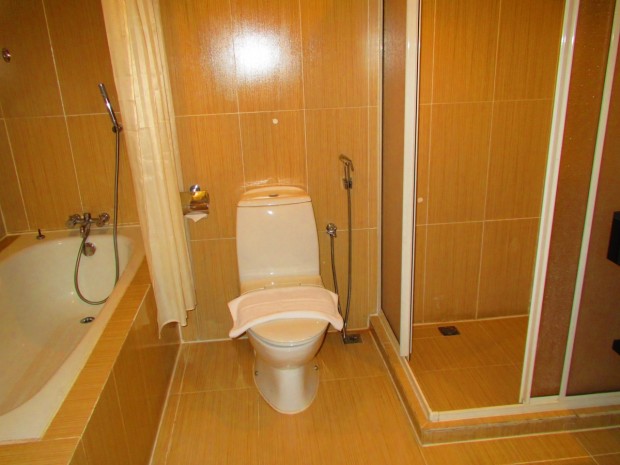 stairs from the 10th floor to the breakfast room

The following is breakfast… 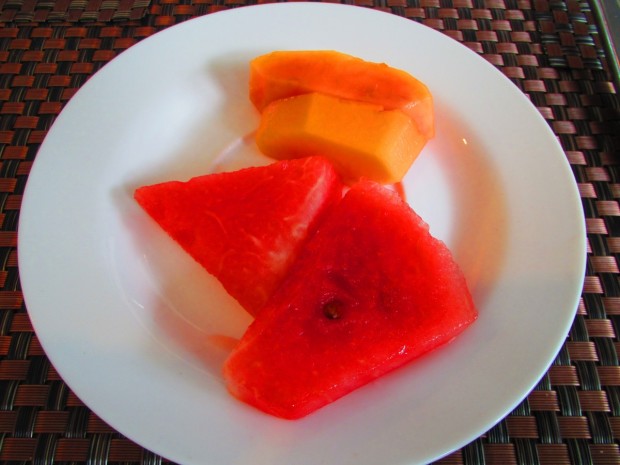 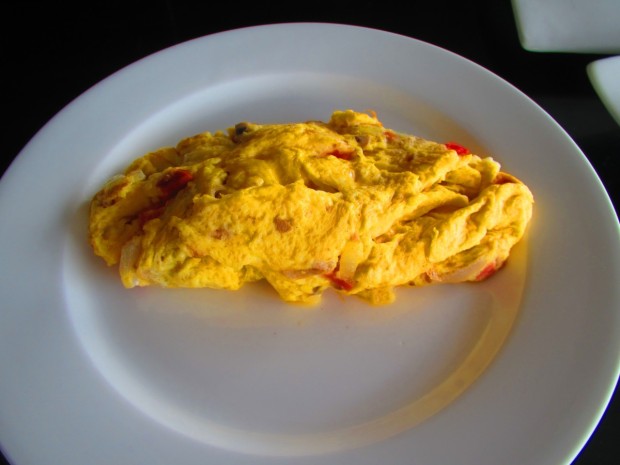