A dog breeder used to live further down out street. For the last call to prayer of the day, perhaps around 8PM, all his dogs used to howl, kind of out of tune with the call to prayer.  He and his dogs have moved out. I had always meant to record them, and now it’s too late. 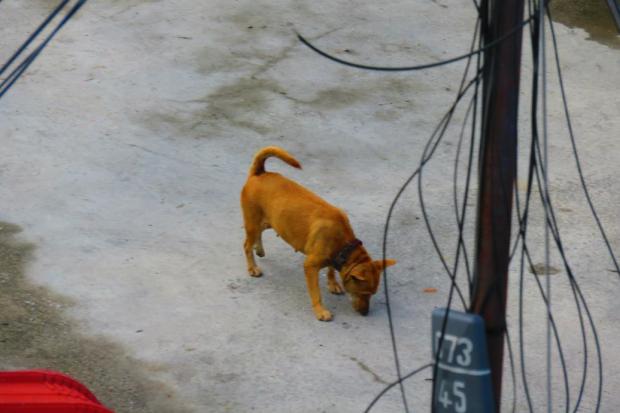 Then there is Mimi – one of the watch dogs of a local business. She likes to chase cars.  When she was a younger dog she chased one too many cars, and her rear leg was injured.  She had a cast for a while, and she still limps, several years later.  And she still chases cars a bit.

dogs heading off to dinner

Our street is quiet, and no one races their car along it.  Dogs will lie in the middle of the road, and when a car comes they will look up, and then reluctantly and slowly get up and move out of the way.