the beach at the end of the walk

When we were last on the islands, earlier this year, we did a walk in an anti-clockwise direction from fisherman village on Perhentian Kecil – the small island. Here is another blog on the village from last year.

This time we did a walk clockwise from the fisherman village.

I took a small backpack with shoes;  camera, phone, money in  a waterproof bag and a small bottle of water.  And I wore a hat and flip-flops.

In May the anti-clockwise walk path was is poor condition, so we decided this time just to do a short walk clockwise, and if it was also in poor condition, just turn around and abandon the walk.  However, the path was in good condition, and will probably be well maintained as it leads to Alunan resort, and it would be in their interests to keep the path maintained, I imagine.  It was only a 10 minute walk, it turned out.

Well, I more or less ceased blogging until the new government repealed the fake news legislation.

And since then I have been too busy. 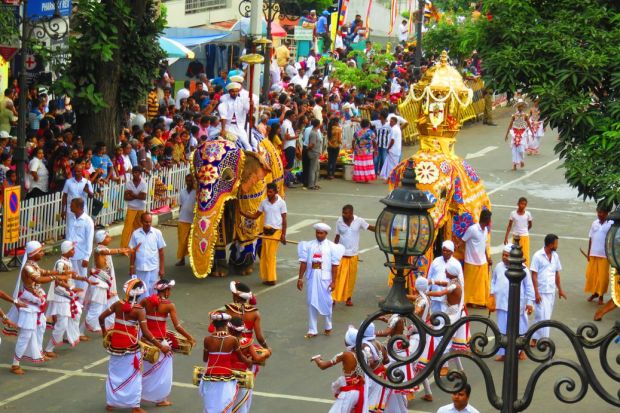 I was away for a trip to Sri Lanka, my third trip there.  It’s a short inexpensive flight from KL.  There we saw the amazing elephant festival in Kandy, visited the highlands to benefit our bodies with some cold weather and clean air, and see tea plantations, and bought some Ayurvedic oils.

Later I was on an end-of-season trip to the Perhentian Islands.  We were last there in April, and it was (even) more relaxed in early September. And from the islands you could see the mainland, so the air was clearer. 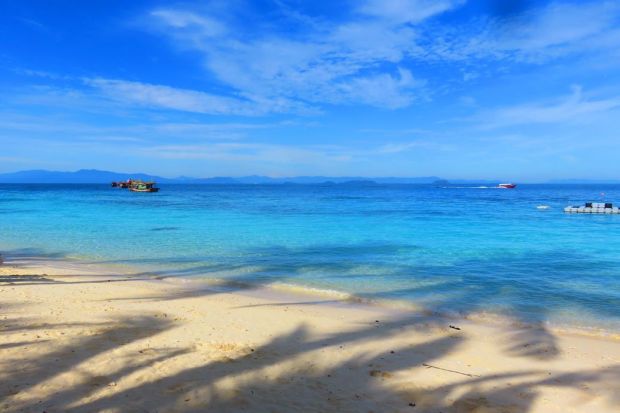 the mainland from Perhentian

So, what’s been happening here in Penang?  I haven’t been here to notice too much, but the Gurney Wharf project is progressing.  A lot of sand (?) has been spread on the reclaimed land, and more of the bay has been reclaimed.

The 6% GST was abolished, as promised by the government, but at the beginning of this month, a 6% SST was imposed.  This makes some things the same price as before, although it’s supposed to be imposed at wholesale level.  My Starbucks coffee went from RM7 with GST, to RM6.50 without GST to RM 6.90 with SST.  Restaurants are charging the full 6% on the bills.  However, some retail shops have signs up saying that prices won’t rise after the SST.

The rainy season again started early this year, and it’s been cool.  This has been the trend for the last few years, generally getting cooler and cooler each year.  This is nice, actually.  If, but really when, an ice age starts, obviously the tropics is the place to be.

In the years of trying to grow papaya at the back I’ve only ever managed to harvest one papaya.  Although it’s very easy to grow the trees – just save some seeds from a store-bought papaya and sow them where you want your trees – somehow the ants conspired to kill or weaken them and I got no fruit.  I decided to grow some trees in my roof garden, not in pots as I never got fruit from potted papaya, and now I have lots of papaya fruit growing, and I’ve already harvested and eaten some. 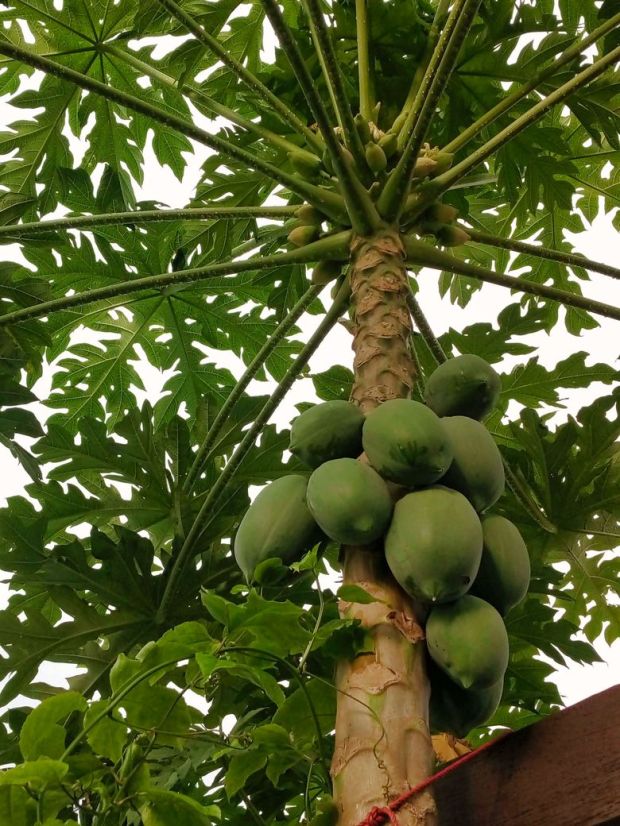 Other things keeping me busy are working on setting up an e-business and trying to work out how to export this blog to tropicalexpat.com, having bought the domain.  The WordPress export function didn’t work properly, and only moved a small fraction of posts.

Since Grab and Uber merged I notice that now fares are about 25% higher, and discounts almost non-existent. And the other day we were out when everyone else also was, and had to pay surge fares – over double the normal.  However, it was still preferable to driving, as the traffic jams were monumental, and parking presumably very difficult.

This time of year there are many public holidays, so sometimes it’s a bit hard to get things done.

OK, this is my fifth annual trip to the Perhentian Islands.  I’ve got to say something different, or there’s no point.

Firstly, this time we drove.  If you have a car this is the easiest option. It’s good for the car to get a bit of a drive – usually I either catch Grab, or drive very short distances.  Leaving Saturday morning at 6.45AM from Pulau Tikus meant a lot of traffic once over the bridge.   Better to leave on a Sunday or say, 6AM.  It’ll be light once you reach the end of the motorway.  Thus it took an extra 30 minutes driving to get to Kuala Besut – the departure point for boats to Perhentian.  That is, this time it took six hours – with stop for coffee and a detour due to road blockage for an election parade at Machang.  Alternatively you could fly to Kota Baru and catch a taxi or bus, or catch a bus from Penang. All involve more baggage handling than simply driving, and take more or less the same amount of time. 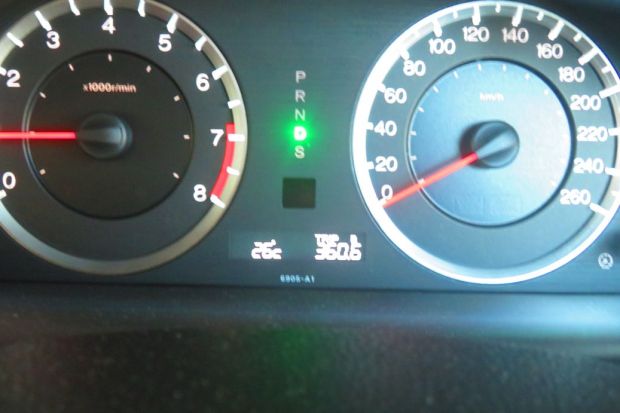 Before you enter the wharf you have to pay the marine park fee.  If you are over 55 you can pay the senior fee, which is half the regular fee. RM15.

speedboat to the island. RM35 one way – no set time for departures – just when there are enough people

For many resorts you catch a speedboat from the wharf.  Tuna Bay resort has its own larger boat – it’s much slower, but smoother.  This time it was the roughest I’ve ever experienced on the speedboat and the boat bounced so much I was injured.  We boarded last, which meant we were closest to the bow – where it was worst.  Try to stay near the stern if it’s rough, and find something soft to sit on – a backpack with clothes in it, a spare life jacket etc.

water taxi routes and prices from Mamas on the big island

While discussing transport, this time we used the water taxis a lot.  Walking through the jungle one way is OK, but by then you’re hot and sticky – it’s just easier – and far quicker – to catch a boat back.

boat to the village

We caught a water taxi over to the Malay village on the small island so we could walk around the island.

the village mosque in the distance, and to the left the wharf

the beach to the left of the village

We started off anti-clockwise, heading through the village and past the mosque and over the bridge – the same way we went last year.

the start of the walk

the start of the walk – so far the path is good

Then we continued on in the direction of Long Beach.

sometimes it was under water

mostly the path was overgrown

It was hot and sticky going.  A few mosquitoes. We kept moving to avoid bugs as much as possible.  As we approached Long Beach there was the option of continuing along the path, or scrambling over some rocks  – we tried the latter, but it was very tough and slow going, so we returned to the path.  Thus we wasted about 15 minutes.  It looked like the path would continue around the back of Long Beach so we took a shortcut through a resort.  Excluding our rock scrambling, the walk was about one hour. 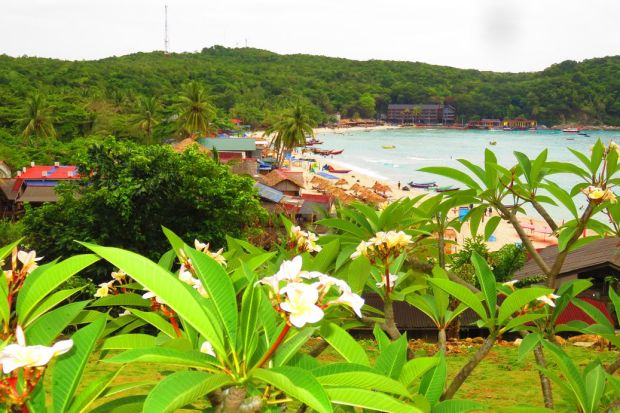 But by the time we’d reached Long Beach we abandoned our plans to walk around the island – we were hot, sticky, thirsty, and tired.  The paths were just not good enough or well maintained enough for our liking.  We drank, swam, and then caught a water taxi back to the big island.  Shoes were a better choice than flip-flops.  No need to take anything, as it’s only an hour.  But you do need flip-flops for boarding the water taxi, so you need a day pack to carry them when you’re walking.

A couple of times I was bothered by fish nipping at my shoulder or ankles while snorkeling over the reef.  I just moved on.  I find it better to keep moving, too, rather than staying in one spot.

Still on the biting thing, we walked around to the Perhentian Island Resort. It’s got a beautiful beach and lovely soft sand.  But swimming there little biting things seemed to be annoying me in the water.  The same as last year. I have so many bites on my body after coming here – I counted at least 60 bites.  I don’t know what to do about that. UPDATE. Apparently these invisible biters are called jelly bugs. They are normally eaten by fish, but in this part there are few fish. And there are far more jelly bugs around the full moon – which was the day before.  If you have oil on your body you will be less affected.  But they also detox your body, so that is some consolation.

the beach at the Perhentian Island Resort

We caught a water taxi back to our resort after, rather than brave the jungle track.  It’s not hard, but, well…

Back at our resort

After disembarking the boat we had brunch at the April Cafe, and left Kuala Besut around 9.45AM. 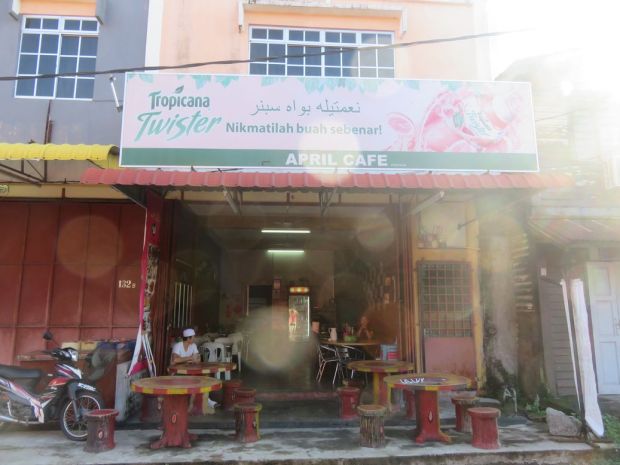 April Cafe in Kuala Besut – a nice place to eat

April Cafe in Kuala Besut – a nice place to eat

The return trip on a weekday took five and a half hours, with a stop for petrol and another for lunch included. So, driving time, around five hours.  The traffic was much lighter than the trip out.

So, the infrastructure on Perhentian hasn’t changed much, but staffs’ service level has improved, and some resorts have been refurbished, and some new ones built.

Absolutely the last in the series of photos after my recent trip around the middle east. 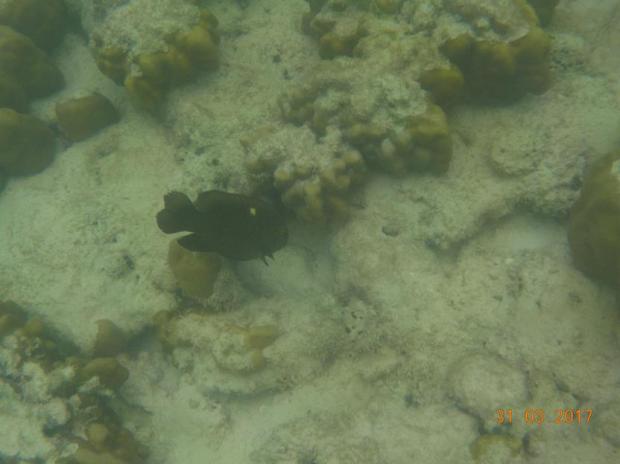 This is our fourth visit to the Perhentian Islands. I won’t repeat what I wrote in previous blogs. But since our last visit two years ago it has changed a little. 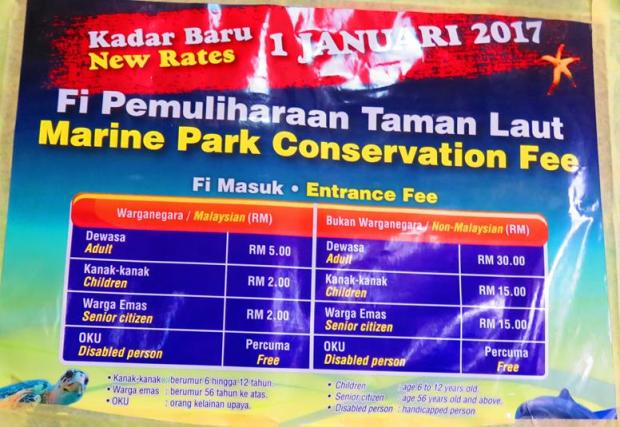 Tropical Expat
Create a free website or blog at WordPress.com.